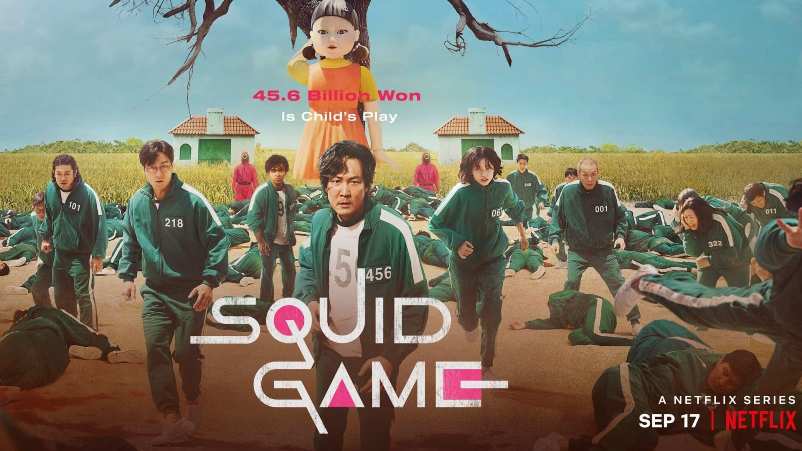 “Squid Game” — a fictional drama from South Korea — is Netflix’s “biggest-ever series at launch,” the streaming company exclusively told CNN on Tuesday. The dystopian series, in which contestants who are deeply in need of money play deadly children’s games to win cash prizes, has been viewed by 111 million accounts since debuting on Netflix September 17.To give that number some context, Netflix announced earlier this year that 82 million households watched “Bridgerton” in the first 28 days following its Christmas debut. “Squid Game” surpassed that number in a shorter amount of time.

Netflix paid $21.4 million for the nine-episode series, which premiered four weeks ago, and the company estimates “Squid Game” will deliver more than 40 times that — an estimated $891 million — in what it calls “impact value”. The series is No. 1 on Netflix’s Top 10 lists in 94 countries around the world. It’s the platform’s first-ever Korean series to reach No. 1 in the United States.

The numbers speak to the sheer size of “Squid Games'” popularity and the speed at which it took off. But Netflix’s — and all streaming services’ — ratings data comes with some important caveats. For starters, these numbers are from Netflix (NFLX) itself and have not be vetted by any outside sources. Also, that 111 million figure doesn’t mean everyone watched the series from start to finish. It is based on Netflix’s metric of accounts watching at least two minutes of the series.

Regardless of Netflix’s often opaque accounting of its shows’ popularity, the important context is that the streaming giant’s competition is growing fiercer by the day, and “Squid Game” shows Netflix remains on top for a reason.For investors, as long as Netflix keeps adding subscribers, Wall Street will likely continue to be happy. “Squid Game” has hit the zeitgeist in a significant way, and buzz is the best means to attract new subscribers and keep current ones happy. The series has also earned great reviews, garnering a 91% score on Rotten Tomatoes. Like many top streaming series, “Squid Game” has become a pop culture phenomenon. The series has generated memes and even Halloween costume ideas. The success of “Squid Game” speaks to Netflix’s ability to craft a worldwide hit. Netflix has 209 million subscribers and the company has worked to reach audiences on a global scale.

“When we first started investing in Korean series and films in 2015, we knew we wanted to make world-class stories for the core K-content fans across Asia and the world,” said Minyoung Kim, Netflix’s vice president of content for Asia Pacific, excluding India. “Today, Squid Game has broken through beyond our wildest dreams.””‘Squid Game’ gave [Netflix] more confidence that our global strategy is going towards the right direction,” Kim told in an interview.

Myntra launches Myntra Luxe, its luxury store; collaborates with The Collective to bring its luxury range, including many first-time brands, to the store