MS Dhoni, Boost breaks all the barriers with its inspiring TVC 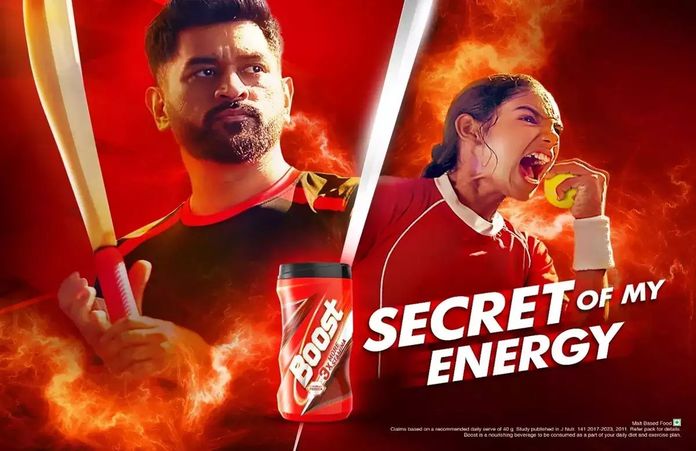 With the key objective of breaking all the stereotypes around girls and cricket, HUL’s health food drink brand, Boost has rolled out the latest campaign featuring Mahendra Singh Dhoni alongside a young athlete simply aiming to bring to light the key role and impact of talent and stamina in a player.

Highlighting the perceptions that shape girls while playing sports, cricket in particular, and encourage them to play the sport they love, the campaign aims to capture the insight that despite showcasing winning performances across sporting events, girls in sports are still facing the prejudice independent of their talent and stamina. Even in cricket, universally loved in India, girls face many social barriers and prejudice that prevent them from playing the game. The brand hopes to inspire the next generation of athletes.

The 360-degree campaign that will span television, social and digital media is headlined by the TVC film. Dhoni walks in on the protagonist playing cricket at a tennis court, which surprises him. The boys accompanying Dhoni state that Cricket is not a girl’s sport! The film then follows the young girl’s response with action, as she picks up the ball to bowl to Dhoni. Thus, proving that the game cannot be defined by gender but by grit, perseverance and stamina. A fierce battle unfolds on a Tennis Court where she clinches her next level opportunity in the film

Commenting about the campaign and encouraging the younger generation, Dhoni said, “Young girls also dream of playing the game of cricket and not be told to play specific games. Boost is encouraging girls to follow their dreams and play the game that they love. I truly resonate with the brand’s value of taking on any kind of obstacles with grit and I hope to motivate young players, especially girls to own and celebrate the game of cricket, with my journey with Boost,” Dhoni said.”

Refering to the brand’s legacy and sharing about the idea behind the campaign, Krishnan Sundaram, vice president, nutrition category, HUL, said, “Boost has a cherished legacy of inspiring kids to work hard, persevere and overcome big challenges with their stamina. With this campaign we want to spark the tough conversations to support talent devoid of gender notions. Boost wants to encourage girls to overcome prejudice with their talent and stamina and play the game they love. This campaign will definitely be the start of journey on supporting girls’ cricket for Boost.”

Joy Chauhan, managing partner and senior vice president, Wunderman Thompson, Delhi, added, “For generations Boost has inspired the youth to sweat it out and perform beyond expectations. When you have the stamina to fight it out, it’s then you see obstacles becoming stepping stones towards the bigger game. This campaign not only inspires the youth but has the potential to inspire each one of us to understand, performance has no gender. In this campaign Boost gives voice to the girl child who’s a talented sports person with oodles of passion and stamina. Boost is the secret of her energy too.”

Boost is one of India’s leading Malt Based / Cereal Based beverages launched in 1975. It is clinically proven to increase stamina by three times (3X)^ more. Fortified with 17 essential vitamins and minerals, Boost is synonymous with stamina, energy and a winning spirit. Boost has a legacy of iconic ambassadors who have all proclaimed that ‘Boost is the secret of my energy’, right from Kapil Dev, Sachin Tendulkar, Virender Sehwag to Mahendra Singh Dhoni, Virat Kohli, Rishabh Pant and Shreyas Iyer in recent times. It is available in Chocolate flavour and continues to be a favourite health food drink in the market. A ‘Ready to Sip’ pack of Boost is also available for on-the-go consumption.