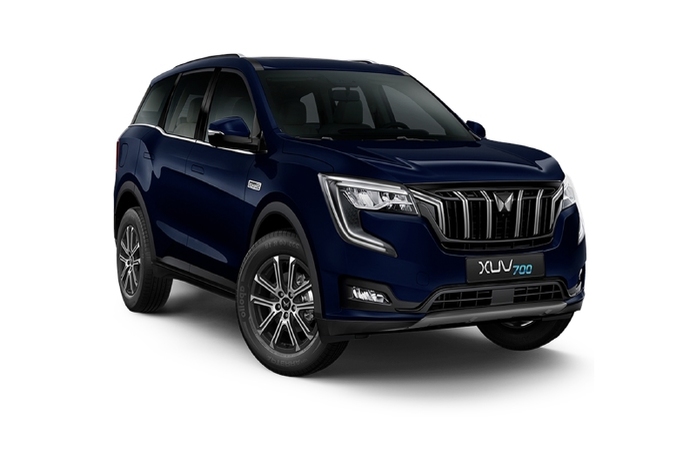 Mahindra is all set to drive the SUV market with the launch of Mahindra XUV700 in India which has shaken up the mid-size SUV market with the rather aggressive pricing of its latest flagship model, with prices starting from  ₹ 11.99 lakh for the base MX petrol variant, while the MX diesel has been priced at ₹ 12.49 lakh. The AX3 petrol trim will cost ₹ 13.99 lakh while the AX5 petrol variant has been at ₹ 14.99 lakh, (all prices ex-showroom). The SUV just made its global debut earlier on Saturday and the carmaker has taken us by surprise with the unanticipated launch of the lower variants of the SUV. The remaining diesel and the range-topping AX7 variant will go on sale in India next month and now we hope even those will be priced as competitively.

The Mahindra XUV700 is built on a new W601 monocoque platform and will be larger than the exiting XUV500 in every aspect. In terms of dimensions, the new SUV measures 4695 mm in length, 1890 mm in width, and 1755 mm in height. So, compared to the XUV500 it’s 110 mm longer but 30 mm shorter, while the width remains unchanged. The XUV700’s wheelbase is also 50 mm longer at 2750 mm.Upfront it will get a new grille, featuring vertical chrome slates and Mahindra’s new logo, flanked by new LED headlamps and twin C-shaped LED daytime running lights. The SUV will also come with new sportier alloy wheels, new flush-fitting door handles and flared haunches. The SUV will also come with new wraparound LED taillamps, sculpted tailgate and beefy bumper with silver cladding. While lower variants of the Mahindra XUV700 rides on 17-inch steel or diamond cut alloy wheels, the range-topping AX7 trim gets a size bigger- 18-inch diamond-cut alloy wheels.

On the inside, it gets a very well-laid-out and premium cabin with larger comfortable seats, premium upholstery, and a host of smart features. It features Alexa support and a fully connected car technology called Adrenox, which comes with voice command to access various in-car functions. Other premium feature also included a Sony-powered 12-speakers 3D surround sound system, six-way power adjustable seats with memory and welcome function and panoramic sunroof are only limited to the top-end variants. The SUV is also high on safety with features like front, side and curtain airbags, 360-degree camera, ISOFIX seat mounts, hill hold/descent function and electronic parking brake and Dynamic Stability Program (DSP) among others.

Then, the range-topping trims also get three pre-set drive modes – Zip, Zap, and Zoom, along with a Custom setting. The XUV700 will come with a well-laid-out cabin offered in both 5- and 7-seater options. The base MX Series models of the XUV700 come with an 8-inch touchscreen infotainment system, 7-inch instrument cluster, android auto, steering mounted switches, and Day & Night IRVM. The AX series models come with HD dual-display units with two 10.25-inch screens for infotainment and instrumentation, ventilated seats Amazon Alexa Built-In, Wireless Android Auto and Apple Car Play, wireless charging and AdrenoX Connect with 60+ Connected features. Features like the Advanced Driver Assistance System (ADAS) technology will be limited to the range-topping AX7 variants.

In addition to all the features from the base MX trim, the AX3 variant will also get:

In addition to all the features from the AX3 trim, the AX5 variant also adds: