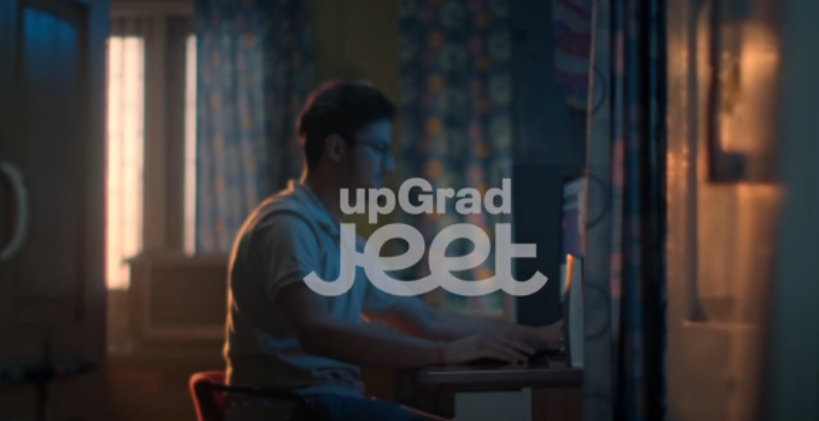 Every year millions of youth try hard for government jobs across sectors like banking, police, institutions, railways, and others. They study day and night to crack these exams to get inducted. The idea for the majority is simply to secure a cozy life. The popular perception is that Government jobs are cushy & comfortable, offering work-life balance, power & prestige and job security.

Unfortunately, this perception has been existing for decades in the country as very few talk about leveraging government jobs to bring about a change or enabling growth for the country. Even though harsh, this is the reality.

upGrad Jeet, a 100% subsidiary of upGrad and an online preparation platform for government job exams, has taken the baton to change this perception. It has launched its latest campaign #JeetKeSahiMaayane that puts Govt. Job as an opportunity for the youth of India to serve and build the nation.

The ad film takes the case of four individuals (men and women) who burn the midnight oil, overcome countless obstacles to crack these examinations and instead of going with the popular perception work towards the welfare of the people. They are firm in their resolution to be the voice of people, help the needy, stand for the right and make their country a better place. A nation can be truly built only when the grassroots are empowered to contribute to nation-building.

upGrad Jeet has kept the idea extremely simple: A government job is not an opportunity for them to focus on personal gains but it’s an opportunity to serve the country.

The online test preparation brand salutes government jobs and government servants who work for a higher purpose, and with a sense of duty to celebrate and realise the ‘India of our Dreams’.

Speaking more about the campaign, Ritesh Raushan, CEO, upGrad Jeet, says, “Our focus has always been at delivering quality content to our learners that in turn, helps the aspirants realize their dream of getting a Govt. job, and we realize that we are not just helping individuals but also laying the foundation for the nation as these next-gen Government employees will take the nation forward through their different roles and responsibilities.

Through this campaign, we thank the numerous government employees who continue to serve the nation by putting the nation over their personal interests, and we hope to inspire the youth to look at Government Jobs as a career choice.”

upGrad Jeet’s vision was manifested into this film by Orcomm Advertising, a full-service agency, that recently bagged the AOR for the brand.

Adding to this, Kavita Koserwal, CEO, Orcomm Advertising says, “We understand the hunger that drives emerging towns and cities of India, having been their voice for more than a decade now. #JeetKeSahiMaayne brings out that spirit, the zeal unfazed by prejudices, barriers, or lack of facilities. Our message to these young aspirants is simple but stirring – believe in your power and purpose to achieve your dreams not only for yourself but also for our India. We are happy to partner with upGrad Jeet to mentor and enable small-town aspirations to make a big impact.”

The film has been very well received by the audiences. In less than 24 hours, it has been able to clock over a million-plus views across multiple mediums and has been talked about by people in the industry.