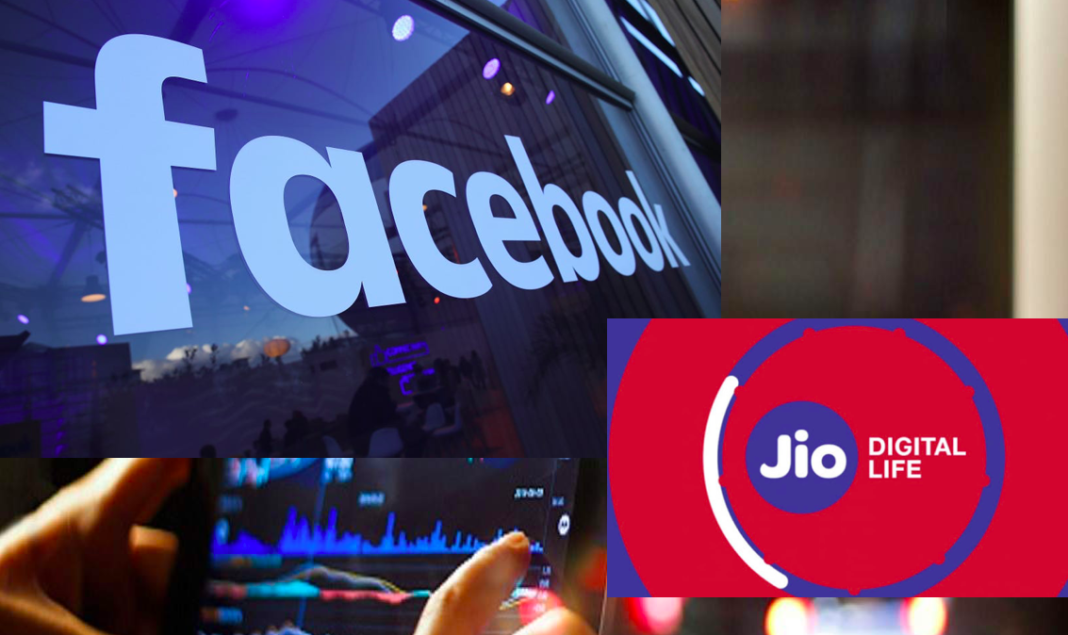 Social media giant pumps in $5.7 billion for a 9.99% equity stake in Jio Platforms on a fully diluted basis, deepening Facebook’s already significant presence in India. The country, with over one billion mobile users, is also the largest market for Facebook and its messaging app WhatsApp, that has over 400 million subscribers in India.

“This investment underscores our commitment to India, and our excitement for the dramatic transformation that Jio has spurred in the country,” Facebook CEO Mark Zuckerberg said in a blog post.

“India is home to the largest communities on Facebook and WhatsApp, and a lot of talented entrepreneurs. The country is in the middle of a major digital transformation and organizations like Jio have played a big part in getting hundreds of millions of Indian people and small businesses online,” he added.

Responding to the development, Mukesh Ambani, Chairman and Managing Director, Reliance Industries Ltd, said, “In the post-Corona era, I am confident of India’s economic recovery and resurgence in the shortest period of time. The partnership will surely make an important contribution to this transformation.”

Facebook also added, “Our goal is to enable new opportunities for businesses of all sizes, but especially for the more than 60 million small businesses across India. They account for the majority of jobs in the country, and form the heart and soul of rural and urban communities alike. In the face of the coronavirus, it is important that we both combat this global pandemic now, and lay the groundwork to help people and businesses in the years to come”.

The landmark deal values Jio Platforms at  Rs 4.62 lakh crore ($65.95 billion) pre-money enterprise value, agreed at a conversion rate of approximately Rs. 70 to a US Dollar.

The deal is expected to give a shot in the arm for RIL’s JioMart, one of Ambani’s key projects. With JioMart, Jio’s small business initiative, and WhatsApp together, customers in India will be able to connect with businesses directly and buy products in a seamlessly conducted mobile process.

The deal will also deepen Facebook’s penetration and widen its presence in India. For example, during the course of the past five years alone, it has been estimated that more than 560 million people in India have gained access to the Internet. In addition, Jio Platforms has over 388 million users.

Currently, to put it in context, Facebook has over 400 plus million WhatsApp users in India. As the  social media platform has been planning to launch a payment app in the country, having a local partner will mostly likely help it in dealing with various regulatory issues, including those related to privacy and local storage.

Illustrating it, David Fischer, Chief Revenue Officer at Facebook, and Ajit Mohan, VP and Managing Director of Facebook India, said one instance of such a potential collaboration could be to bring together JioMart and WhatsApp, the latter with its more than 400 million users in India. “We can enable people to connect with businesses, shop and ultimately purchase products in a seamless mobile experience,” they said.

It is also understood that the Facebook deal will help RIL cut debt significantly, as RIL has been actively seeking strategic partnerships across its businesses. Besides accessing Facebook’s technology expertise, the deal is expected to help the company in achieving zero debt status by March 2021 — one of its stated ambitions.

The transaction, meanwhile, is subject to regulatory and other customary approvals. Morgan Stanley was financial adviser and AZB & Partners and Davis Polk & Wardwell were counsels to the transaction.

Facebook Inc. is the largest social networking site in the world with 2.5 billion monthly active users (MAUs) as of year-end 2019. The company went public in 2012 and has today become one of the world’s largest companies with a market capitalization of $506.8 billion as of April 14. Its earned net income stood at $18.5 billion on $70.7 billion of revenue during fiscal year 2019 (FY).