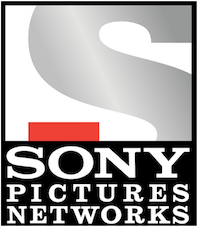 As Sony Pictures Networks India’s (SPN) enters its silver jubilee year, N. P. Singh, MD & CEO, SPN, while recalling the launch of Sony MAX in 1999 and venturing into new territory with IPL in 2007, says “we have had a fair share of challenges but have always taken them head-on. Through rigorous focus, our flagship channel SET has been turned around and now, is a torchbearer for relevant, progressive content.”

In a note to the media, Singh pointed out how the network took on a brave new world in 2007 through IPL: “We invested in it when there were hardly any believers and moulded it into one of the most valuable sports entertainment properties in the country.”

Talking about the launch of Sony MAX in 1999, Singh says: “This created a unique and unparalleled three-pronged channel identity which has not been replicated since.”

Referring to acquisitions, Singh says: “Another acquisition that has worked really well is Sony Aath. We took our time to launch a kid’s channel, Sony YAY! The new channel had to come up with a unique proposition in a cluttered category, and it did so through homegrown content; again, a category first. Our foray into the regional language space with the recent launch of Sony Marathi shows great promise.”

Today, Sony’s footprint cuts across “categories and genres of English, regional and factual entertainment besides Hindi entertainment, sports, and movies”, says Singh, adding, “societal reflections have been delicately portrayed in our movies — be it the story of a legendary mathematician (Shakuntala) or an inspirational hockey star (Soorma) or the fun side of arranged marriages (Mubarakan) and father-daughter relationships (Piku).” Singh says, Sony’s film productions have “left lasting impressions”.

Anticipating the OTT phenomenon, Singh says Sony was an early mover. “We realised early on that digital needed to be the cornerstone of our strategy. In 2013, SPN became the first broadcaster in the country to launch an OTT platform.”

To helm Sony’s OTT strategy and business, the company set up SonyLlV, which says Singh “was like a start-up in an established organization” throwing up “its own set of challenges”. Reflecting on Sony’s success in the OTT business, Singh adds, “But today, SonyLlV in its refreshed avatar, with its emphasis on premium original web series, live sports, global content, movies in multiple languages and popular entertainment content from our linear business, is among the most watched OTT platforms in India. I am very confident of its bright future.”

Sony also thrived on partnerships and collaborations. “What also served SPN well has been valuing its partnerships with content creators, top talent, distribution platforms, advertisers and advertising agencies, media, vendors, employees and other stakeholders. Whether distribution or advertising, our partnership approach has been fortified by our “Solutions at any cost” philosophy,” says Singh.

Internationally, too, partnerships have played a great role in steering the company’s success. “We have forged  a strong partnership  with BBC Worldwide to launch a very successful premium factual entertainment channel, Sony BBC Earth. Our long-standing partnerships with some of the biggest names in the world of sport including WWE, NBA, Cricket Australia, ECB and Sri Lanka Cricket, bring live content to our viewers in India,” says Singh.

In the note, Singh takes pride in having built what he calls an “empowering workplace culture” at Sony. “But it is more important  to understand that at  the end of the day, an organisation is only as good as its people. It is a matter of pride that we   have cultivated an empowering workplace culture, standing  tall on the tenets  of consumer centricity, innovation, collaboration, and diversity; recognised by the industry  as  one  of India’s Great Places to Work. Our workplace ethos encourages larger participation  of women  at all levels of the organisation and we are considered one of the best places to work for women,” Singh says.

Sony is also trying to imbibe societal change, says Singh. “Through our D&I vision — Bring Your Own Self (BYOS), we seek for everyone to lead with humility and bring their individuality, their uniqueness, to work every single day. Focussed on inclusive workplace practices, we envision a company where in the next five years, 50 percent of our workforce will be women, people with disabilities or from the LGBT+ community.”

Sony also has an active social outreach programme as part of its commitment to corporate social responsibility, says Singh. “Our social programmes under the aegis of ‘Ek India Happywala’ have given a purpose to many in society. Rooted in the pillars of education, environment and empowerment, we are working across sectors to create societal impact. From educating the girl child, supporting rural communities, teaching music at prisons, encouraging and arranging sports for the blind and the homeless to providing relief to the daily wage earners of our industry during the ongoing pandemic, SPN continuously endeavours to enable a happier India.”