Nickelodeon begins 2023 with a new anthem and a campaign “#DoTheNickNick” 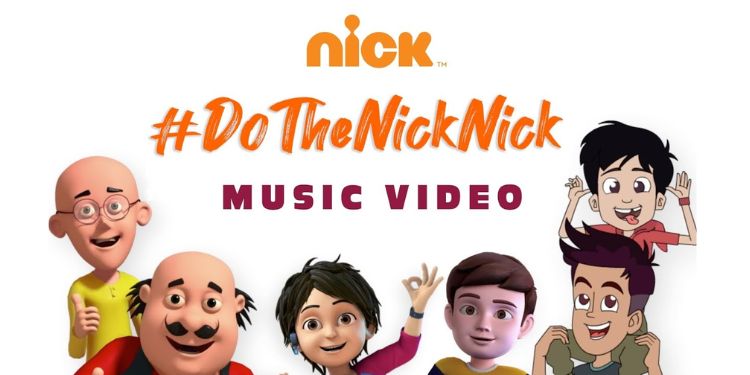 Nickelodeon begins 2023 with a new anthem and a campaign “#DoTheNickNick” featuring Nicktoons to celebrate kids and encourage a positive outlook for the year. Written by Gulzar and sung by Armaan Malik, the anthem opens with the brand’s promise of ‘Nick for Kids, Kids for Nick’, reiterating that as a franchise Nickelodeon has kids at the heart of all that it does and is by their side through happy and tough times.

The channel has planned elaborate interactive initiatives with kids across cities in a bid to enhance audience engagement and experience. The campaign is being amplified with on-air playouts across the Viacom18 Network along with a host of social and digital initiatives, a series of interactive dance challenges, contests, influencer engagement, partnerships, and on-ground initiatives. The campaign will see expansive promotions across online platforms, radio & music apps like Gaana and JioSaavn. To make the new anthem more engaging for kids, a simple and fun hook step has also been created which is sure to catch on and stay with kids for a long time.

Speaking on what the franchise has in store for the year, Viacom18 Hindi Mass Entertainment & Kids TV Network Head, Nina Elavia Jaipuria said, “2022 was a year of milestones. We entertained, engaged, and empathized with our young audiences through the highs and lows in new and innovative ways. As we begin the new year, we once again reiterate our promise to our viewers of bringing the best stories and characters. Our new anthem champions exactly what Nickelodeon stands for – ‘Nick for Kids and Kids for Nick.’ We are excited on presenting a power-packed year, further reinforcing our bond with kids.”

In addition to the latest campaign, has franchise has planned a new lineup of shows and episodes planned for the new year, including new episodes of Motu Patlu, Chikoo Aur Bunty, Pakdam Pakdai, Ninja Hattori, Pinaki & Happy – The Bhoot Bandhus, Ricky Zoom, and Masha and the Bear. Additionally, the company will be bringing back its annual “Together For Good” campaign, which focuses on causes relevant to kids, and the “Kids Choice Awards” in a new format. They also have special plans for holidays such as Holi, Global Recycling Day, and International Happiness Day.