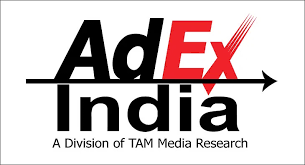 According to the latest TAM AdEx Advertising Report for January-March 2021, Advertising volume on television has grown significantly during January – March’21 by 30% as compared to the same period of last year. In the span of the last six months, television ad volumes peaked in March’21.

Among the leading sectors on television, Food & Beverages topped with a 20 percent share of ad volumes , displacing Personal Care/Personal Hygiene, which was on the top during Jan-Mar’20. Services, Household Products and Personal Healthcare were among the top five sectors. Moreover, the top three sectors together added a 51percent share of ad volumes, which were also among the top three during Jan-Mar’20.

The advertising report also indicates that the Toilet Soaps category maintained its first position during this period with a 5 percent share of ad volumes. Also, the top ten categories list had a few new entrants like Biscuits and Paints. Interestingly, two out of the top ten categories were from Personal Care/Personal Hygiene and F&B sectors each, while the other were from auto and e-commerce sectors.

Despite the growth in advertising volumes, the medium witnessed a marginal drop in the total number of categories, advertisers and brands during January-March’21. During the same period, the categories on TV declined by 2.33 percent, whereas advertisers saw a drop of 10%. Similarly, brands declined by 6.73 percent.

Among the top ten brands list, the top four brands were from Reckitt Benckiser during Jan-Mar’21 and there was a total of 6200 brands present on TV. TV also witnessed over 2300 exclusive advertisers and over 3800 brands that advertised only during Jan-Mar’21. Whitehat Education Technology, PCA Automobiles India, and Dhani Services were the top three advertisers whereas Glow & Lovely Advanced Multivitamin, Harpic Power Plus 10x Max Clean, and Moov Strong Diclofenac Gel were the top three brands. However, HUL’s two and Reckitt Benckiser’s three exclusive brands were present among the top 10 in the given period.