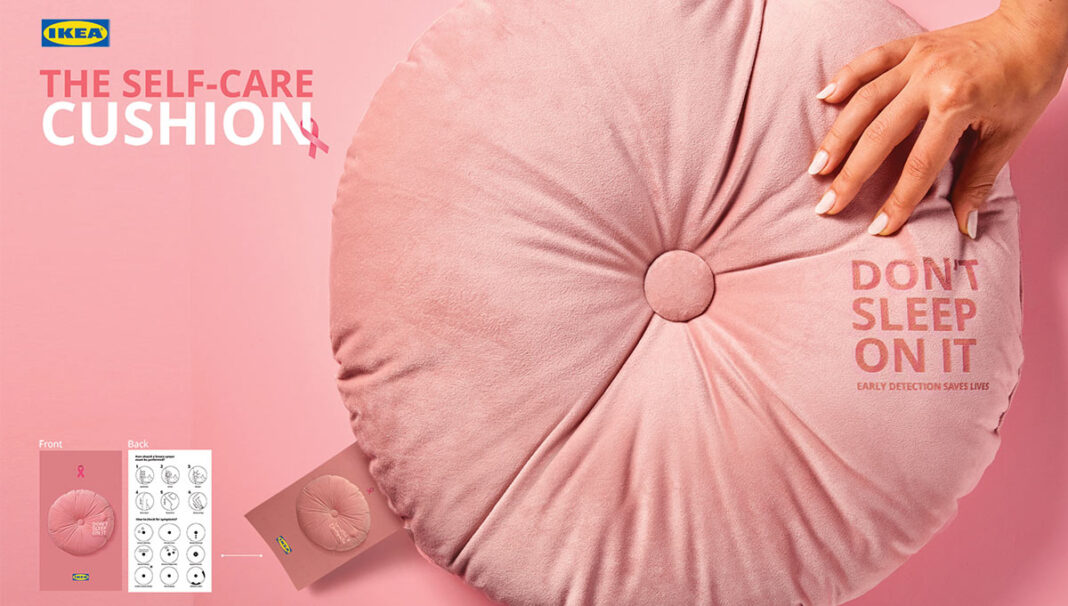 IKEA has launched a new campaign via Leo Burnett Saudi Arabia designed to raise awareness of the importance of early detection of breast cancer by inserting IKEA’s popular ‘Kransborre’ cushion with a lifelike lump.

In Saudi Arabia, breast cancer is the second leading cause of death, yet Saudi women are only reminded to do their check-ups once per year during annual breast cancer awareness campaigns according to the campaign.

To remind people of the importance of self-examination all year long in an impactful yet culturally respectful way, Leo Burnett Saudi Arabia decided to use IKEA’s ‘Kransborre’ cushion as an ongoing awareness tool and a visual prompt to positively change behavior. Etched with the words, ‘Don’t Sleep On It – Early detection saves lives’, the cushion’s regular tags were replaced with tags explaining how to check for lumps.

“Talking about breast cancer is a delicate subject, we needed to create an effective reminder for women to do their self-examinations all year long and not only in one month every year,” said Mohammed Sehly, Creative Director at Leo Burnett Saudi Arabia.

The Kransborre limited-edition cushions were distributed during Breast Cancer Awareness month and will now live in people’s homes year-round.

“We wanted to grab women’s attention and make an impactful statement. Cushions are part of our furniture, so why not use them as a call-to-action that reminds women that it’s your time to look after yourself,” said Mohammed Bahmishan, Chief Creative Officer at Leo Burnett Saudi Arabia.