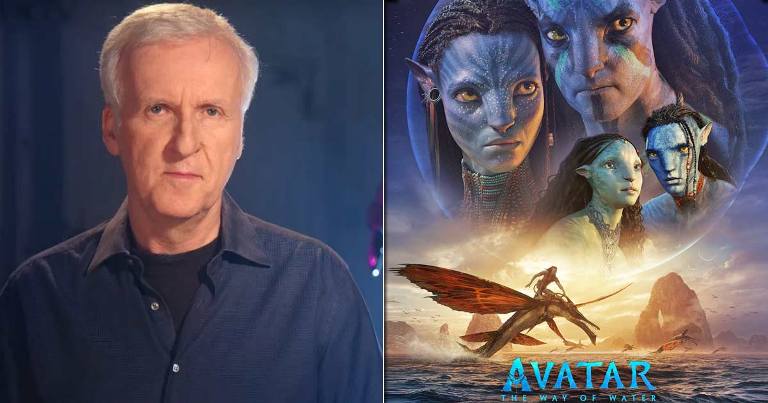 “Avatar: The Way of Water”, James Cameron’s 13 years of anticipation, has finally been unveiled for members of the press following the movie’s world premiere in London. The first reactions to the film are overwhelmingly positive, with many journalists blown away once again by Cameron’s boundless imagination and pristine visual effects.

“Happy to say ‘Avatar: The Way of Water’ is phenomenal,” wrote Fandango’s Erik Davis. “Bigger, better & more emotional than ‘Avatar,’ the film is visually breathtaking, visceral and incredibly engrossing. The story, the spectacle, the spirituality, the beauty – this is moviemaking & storytelling at its absolute finest.”

“Happy Sad Confused” host Josh Horowitz raved, “James Cameron once again shows filmmakers how it’s done. I’ve said it a thousand times. Never doubt him. ‘Avatar: The Way of Water’ is how you do epic blockbuster-ing. Emotional, visceral and as big as movies get.”

“I had faith James Cameron would raise the bar with the effects but these visuals are mind-blowing,” Collider’s Peri Nemiroff added. “One stunning frame after the next.”

“Avatar: The Way of Water” once again centers on Jake Sully (Sam Worthington) and Neytiri (Zoe Saldaña), now parents who are forced to protect their family from a new threat to Pandora. The cast also includes Sigourney Weaver, Stephen Lang and Kate Winslet.

Even before “The Way of Water” screened for press, it earned a rave first reaction from none other than Guillermo del Toro. The Oscar winner wrote on Twitter that the “Avatar” sequel is “a staggering achievement,” adding, “It’s a chock-full of majestic vistas and emotions at an epic, epic scale. A master at the peak of his power.”

While the film’s three-hour-and-10 minute runtime has been making headlines for weeks, it doesn’t appear anyone was too bothered by the length. Cameron himself has said he doesn’t care if viewers leave the theater to use the bathroom.

“I don’t want anybody whining about length when they sit and binge-watch [television] for eight hours,” Cameron told Empire magazine over the summer. “I can almost write this part of the review. ‘The agonizingly long three-hour movie…’ It’s like, give me a fucking break. I’ve watched my kids sit and do five one-hour episodes in a row. Here’s the big social paradigm shift that has to happen: it’s okay to get up and go pee.”

“Avatar: The Way of Water” opens in theaters nationwide Dec. 16 from Disney. Check out first reactions to the film below.

AVATAR: THE WAY OF WATER: Yeah never bet against James Cameron. Trying to spare hyperbole, but I’ve never seen anything like this from a technical, visual standpoint. It’s overwhelming. Maybe too overwhelming. Sometimes I’d miss plot points because I’m staring at a Pandora fish

Happy to say #AvatarTheWayOfWater is phenomenal! Bigger, better & more emotional than #Avatar, the film is visually breathtaking, visceral & incredibly engrossing. The story, the spectacle, the spirituality, the beauty – this is moviemaking & storytelling at its absolute finest. pic.twitter.com/RicnpDghrx

James Cameron once again shows filmmakers how it’s done. I’ve said it a thousand times. Never doubt him. AVATAR: THE WAY OF WATER is how you do epic blockbuster-ing. Emotional, visceral, and as big as movies get. @officialavatar

Unsurprisingly, #AvatarTheWayOfWater is a visual masterpiece with rich use of 3D and breathtaking vistas. It does suffer from a thin story and too many characters to juggle, yet James Cameron pulls it together for an extraordinary final act full of emotion and thrilling action. pic.twitter.com/opr6CRyOwk

#AvatarTheWayOfWater is pretty incredible. I had faith James Cameron would raise the bar w/ the effects but these visuals are mind-blowing. One stunning frame after the next. But the thing I dug most is how the technical feats always feel in service of character & world-building. pic.twitter.com/MXeN3z8BnP

As an Avatar stan, I had high hopes for #AvatarTheWayofWater and for me it totally delivers. Sure it's a little long, but worth it for the gorgeous visuals, wonderful new characters. A total thrill.