WHAT A WONDERFUL WORLD 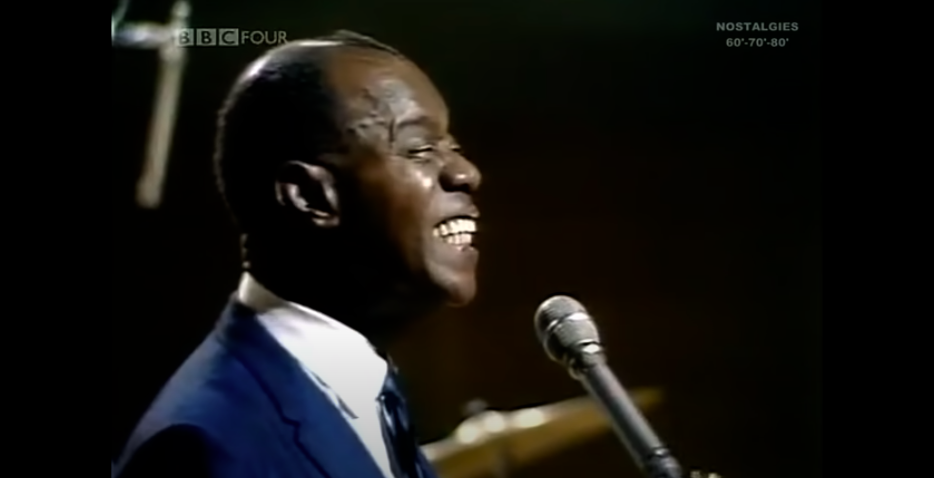 Armstrong, who was born in 1901 and raised in New Orleans, rose to distinction in the 1920s as a remarkably innovative trumpet  and cornet player. In later years, Armstrong exerted an epochal influence in jazz, extending well beyond his passing in 1971 into the considerably fraught times that we have come to inhabit today.

The ‘Fabulous Four’ reprises that Armstrong gold classic to lend hope and optimism to the exceptionally troubling times that has found few parallels in human history or memory.

Here’s ‘What a Wonderful World’… Listen in, closely.

Now for the fascinating Armstrong backstory: In 1943, Armstrong and his fourth wife, Lucille Wilson, settled into a small house — hold your breath — in ‘Corona’, Queens, where they continued to live until Armstrong’s passing. A remarkable coincidence today!

After the couple’s passing, no one has since lived in the Corona home. Today, it is called the Louis Armstrong House Museum & Archives and is open to the public with guided tours of Armstrong’s beloved home.

Armstrong’s career spanned half a century and his seminal influence continues to shape jazz music all over the world. The singer appeared in several movies and television shows, wrote prolifically — books and letters — and enchanted the world with his gravelly voice and fluid and flawless trumpet playing, producing all-time hits — from pop melodies like “Hello, Dolly!” and “Blueberry Hill” to jazz classics such as “West End Blues” or “When the Saints Go Marching In”.

Many artists have rendered Armstrong’s “What a Wonderful World” but his cover continues to dominate popular imagination. Interestingly, as the story goes, there was considerable backlash from music producers and executives who didn’t want or rather couldn’t conceive of Armstrong singing this tune. So in stepped the song’s producer and co-author Bob Thiele.

It was also a time of considerable turbulence in the United States with violent struggles over issues such as Civil Rights and the Vietnam War. Thiele wanted to put together a healing message that he believed only Armstrong the magician could deliver, so he called upon songwriter George David Weiss to write the song. Thiele later noted: “We wanted this immortal musician and performer to say, as only he could, the world really is great: full of the love and sharing people make possible for themselves and each other every day.”

After poring over the lyrics, Armstrong chose to cover the song in 1967. Astonishingly, the words took him to “one thing and one thing only” — his home in Corona. “There’s so much in ‘Wonderful World’ that brings me back to my neighbourhood where I live in Corona, New York,” Armstrong reportedly said in 1968.

“Lucille and I, ever since we’re married, we’ve been right there in that block.  And everybody keeps their little homes up like we do and it’s just like one big family.  I saw three generations come up on that block.  And they’re all with their children, grandchildren, they come back to see Uncle Satchmo and Aunt Lucille.  That’s why I can say, ‘I hear babies cry/ I watch them grow/ they’ll learn much more/ then I’ll never know.’ And I can look at all them kids’s faces.  And I got pictures of them when they was five, six and seven years old.  So when they hand me this ‘Wonderful World,’ I didn’t look no further, that was it.  And the music with it.  So you can see, from the expression, them people dug it.  It is a wonderful world,” thus spake the great musician.

When Armstrong moved on in 1971, few imagined “What a Wonderful World” would turn out to be his best-loved song, notching up millions of views on YouTube and routinely topping the jazz categories on Spotify and Apple Music.

All Hail to Argentina!