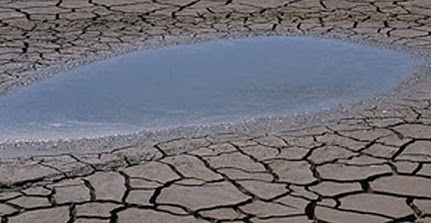 Wash your hands with sanitiser or soap for 20 seconds. And that has been the unambiguous global advisory. The novel Coronavirus has also spawned a new fear-driven compulsion, not unjustifiably, to wash our hands with water regularly for want of enough sanitisers.

Educational videos have clogged our lives and newsfeeds, showing us the right way of washing hands — from wetting the hands with water, applying enough soap, rinsing thoroughly with running water, and then drying the hands.

The detailing could never have been more vivid. So, the perfect hand wash is demonstrated with great sensual detailing — interlaced fingers, palm to palm, rubbing in a circular manner with clasped fingers and so on… Washing hands in a sense has become a new sensorial experience.

Tata Steel, too, among a host of brands and companies, has been disseminating such educational videos in the war on COVID-19 since the lockdown began. Now Tata Steel and  Wunderman Thompson (WT) South Asia, who had designed the visual advisories, wanted to find out if people are “putting their knowledge of best hand wash practices to good use”.

In order to gather empirical data, Tata Steel and WT conducted a social experiment, where people were asked to send in videos of their hand wash regime. What came to the fore was at once “surprising and shocking”. While most people decidedly washed their hands the right way, evaluators found out something rather alarming — almost “everyone without exception kept their taps running while washing their hands”. That, in turn, meant that every 20-second hand wash translated into wasting several litres of water, both wittingly and unwittingly. Consider that at a macro level or a global level: the results would be shocking!

To put it in perspective, consider the following:

According to a 2018 study, on average, one person in India wastes about 0-45 litres water per day, which translates into 30% of water requirement per person per day. A leaking faucet — depending on type and size — can waste approximately 4,000 drops of water per hour, which is equal to a litre of water. Every flush of the toilet can use up to six and a half gallons of water — between 10 to 12 litres.

A WaterAid Report titled ‘Beneath the Surface: The State of the World’s Water’, released in 2019, says as many as 1 billion people in India live in places of water scarcity, out of which close to 600 million live in areas of high to extreme water stress. Besides, India is ranked 120 among 122 countries in terms of ‘water quality index’.

Another key observation was that 21 Indian cities, including Delhi, will run out of groundwater by 2020, affecting over 100 million people.

‘DON’T LET ONE CRISIS GIVE RISE TO ANOTHER’

Tata Steel, with its long-established commitment to sustainability, champions a whole range of initiatives covering biodiversity, renewable energy, water conservation, recycling, and reduction of carbon footprint. On the occasion of Earth Week, Tata Steel put out a message that sought to drive home the message of water conservation.

The short film was put together with a string of videos from the social experiment combined with footage that was shot by the participants.

The self-revelatory film concludes with the words: ‘Don’t let one crisis give rise to another. Don’t keep the water running while you wash your hands’.

Referring to the creative concept, Senthil Kumar, Chief Creative Officer, Wunderman Thompson, said: “The idea was to highlight the hidden problem which will only increase with every hand wash. If the tap remains open while we are washing our hands for 20 seconds or more, we end up wasting a lot of water. It is imperative to draw attention to this issue which can be easily overlooked because of the threat of Corona.”

Talking about Tata Steel’s initiative, Senthil added, “The creative device of social experiment lends the film a certain candour and authenticity. And since Tata Steel has always stood up for sustainability for a better future, it punctuates this very important message that could otherwise be missed. While we build India’s biggest bridges we also care about the water under the bridge.”

Describing the creative concept, Arjun Mukherjee, ECD & VP, Wunderman Thompson, Kolkata said, “While we are following the guidelines and washing our hands frequently, we are precipitating another global crisis — water shortage. This can lead to a huge water scarcity in the near future. This timely film drives home the message that when we wash hands we should be careful not to waste water.”