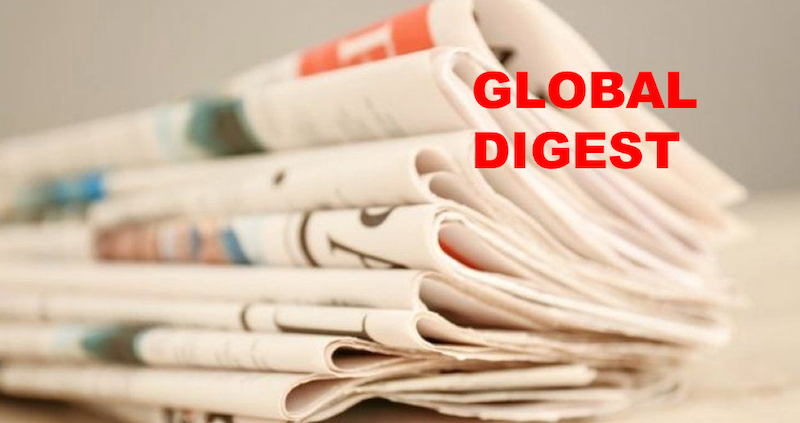 Special Group Australia, a global independent creative company, has announced the appointment of Phoebe Sloane and Matt Bladin with the aim of reinforcing the creative team. The duo joined the agency following a two-and-a-half-year stint at CHE Proximity Melbourne. Welcoming Sloane and Bladin to the team, Luke Thompson, Creative Director, Special Group Australia, said: “Matt and Phoebe bring both talent and incredible ambition to the business and we can’t wait to see the brilliance they will add to our clients, work and culture. They’re the perfect creative team to help us grow our rapidly expanding Melbourne offering.” Sloane added: “There’s an incredible energy and warm culture at Special Group and we’re thrilled to have the opportunity to become part of that and join something with immense creative opportunity. We’re going to learn so much working with creative legends such as Tom, Jules, Luke, and Toby and we couldn’t be more excited.” The duo joined the agency following a two-and-a-half-year stint at CHE Proximity Melbourne, where they worked on a number of accounts including Mazda, Flybuys, AGL, Telstra, RACV, and Latitude Financial. Sloane has held positions at Wunderman Thompson, Ogilvy, and CHE Proximity. Meanwhile, Bladin is the National Chair of Youngbloods and helped launch industry resources such as Asking For a Friend, The Trenches Regional Mentorship Program.

Weber Shandwick, one of the world’s leading global public relations firms announced the promotions of Campbell Hanley to Managing Director, Japan, and Juny Lee to Managing Director, Korea. Hanley most recently served as General Manager of Weber Shandwick Japan while Lee held the same role at Weber Shandwick Korea. Both will oversee the strategic direction, P&L, and strive towards overall growth of the agency in their respective markets. Elizabeth Bae has also been named Deputy Managing Director for Weber Shandwick Korea. She will support Lee within his new role and assist with the firms’ outward approach for local clients that hope to grow regionally and globally. Bae previously served as executive vice president, Weber Shandwick Korea. Commenting on the changes, Tyler Kim, vice chair, Asia Pacific and managing director, North Asia, Weber Shandwick, said, “Covid-19 has been a challenging experience for both Juny and Campbell – but they have both shown their prowess in enduring through the pandemic and leading their teams to success. They have worked hard to keep employees feeling connected and have continuously worked on identifying and addressing key issues especially during the unprecedented challenges that clients were faced with. I am sure that, under their leadership, we will see the Japan and Korea operations flourish; especially with expanding market opportunities.”

The creative and technology digital marketing agency, Bray Leino Splash Singapore, made four new hires who bring on board a wide swathe of technology, creative, and client leadership experience from agencies across Asia. Congratulating all for the appointment, Joshua Lee, Managing Director at Bray Leino Splash Singapore, said: “Each of these hires has ‘runs on the board’ when it comes to connecting technology, creativity and business results for their respective clients. I couldn’t be happier welcoming such wonderful talent to the team. Not only are they at the top of what they do, but they are passionate and hardworking to boot.” Jaffry Jalal, former UX Design Lead at TBWA\Singapore, Havas, and most recently a lecturer at Singapore Polytechnic, joins as UX Director. Speaking about it, Jalal said: “I’m excited BLS continues to invest in experience design capability and I’m thrilled to be at an agency who has the technical chops to bring good design to life.” E Kien Wai, formerly held various roles at R/GA, TSLA and most recently the technology company Deltatre has been appointed as Technical Project Director. On taking up the new role, Kien Wai said: “Joining BLS Singapore is like a homecoming of sorts as the marrying of creativity with technology is definitely something close to my heat and that I’ve missed in recent years.” Stephanie Holzhuber, former Digital Marketing Director at Cheil Worldwide has been appointed as Senior Account Director. Holzhuber added: “BLS is an agency who are able to deliver truly seamless customer experiences for their clients by bringing data, technology, and creativity together. I look forward to our exciting future ahead.”

Conceptualised and executed by Tribal Worldwide, ‘The Climate Is Changing’ initiative turns the spotlight on Water Sustainability issue by identifying  four key areas for pre-emptive measures, including bolstering our flood resilience, building coastal protection, enhancing our water security, and reducing carbon footprint. The campaign showcases PUB’s efforts to mitigate climate change. The campaign was launched on 8 March with a film featuring alarming, near- apocalyptic footages of global devastation to assert climate change as an imminent threat. The film outlines PUB’s long-term strategy to safeguard Singapore from flooding, rising sea levels and water shortages and appeals to the public to consider how their individual actions can make a difference in the fight against climate change. Benson Toh, Executive Creative Director at Tribal Worldwide Singapore, said: “Given the seriousness of the subject, we hope that showing sobering future scenarios as a consequence of our current ways will move individuals to act.”  Talking about the idea behind the campaign, Cindy Keng, Director, 3P Network Department, PUB, said: “By conveying the effects of climate change on Singapore in a compelling manner, PUB aims to jolt audiences into thinking what the future might hold if we don’t start preparing now. PUB has been unceasing in our efforts to fight climate change — from flood protection and coastal defence to enhancing our water security and utilising clean energy — and through this campaign, we hope that the public can join us by doing their part to use water wisely.”