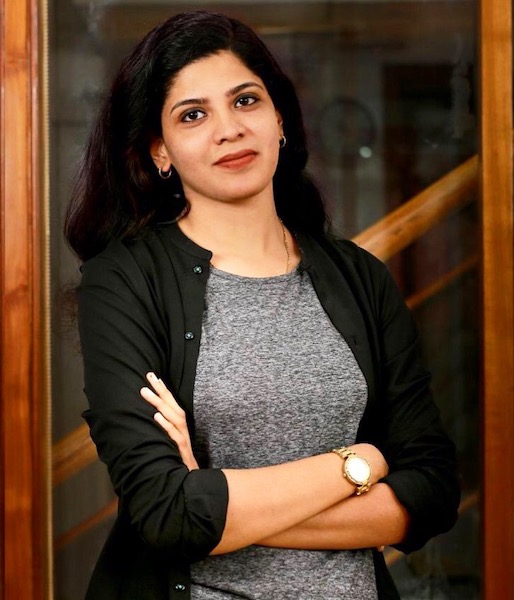 Even as the virus revealed itself in its profoundly deadly manifestation, the true terror unfolded with the lockdown. As we speak, we are staring at an unprecedented economic crisis in the wake of the lockdown, with businesses and industries taking a debilitating hit. Livelihoods of millions, in particular, of the poor around the country have been affected even as millions of others stare at increasing unemployment. In the corporate sector, even large caps started making losses for the first time in many years even as MSMEs, the engine of Indian industry, were badly hit.

As an entrepreneur, running a software company, I was really in a confused and panic state during the first week of the lockdown. So many unusual changes took charge of our professional lives, with all business activity coming to a complete halt. Add to it our frustration of being locked up inside. Of course, the lockdown is being eased and business is attempting to limp back to what can only be called tentative beginnings.

The first week of the lockdown was the hardest. But after the initial days I started figuring out ways to finish work we had already committed to. After the first 2-3 days of confusion, I put in place a work from home regime for all our staff. We had ongoing projects, mostly from Europe. I don’t know if it’s the same for everyone, but my clients were reliable and committed and the projects were not affected. Initially, we worked on our ongoing projects.

In addition to overseas projects, we do take on local work as well. We soon realised that, that was also badly affected in the first month. It was time for some quick thinking and so I began to plan accordingly.

I reached out to as many people as I could and discussed with them various options under the circumstances. Alongside, and more critically, we began focussing on upskilling our staff and launched a few essential products that would sell given the times.

Digital marketing was one area where I found great potential. The same applies to e-Commerce. Perhaps, it’s a temporary boom, because many of those companies born in the times of Covid could potentially die out while the survivors have the markings of making it big.

Most entrepreneurs — people who we worked with — were worried about the possibilities of resuming their business and how to keep it going anyway. But they were willing to accept creative and alternate solutions. After about two weeks, new projects, from local as well as overseas markets, started coming in. Most of the new projects were either for automating existing manual systems or to start something new! Creative thinking, consistent communication, and positive affirmation held the key.

That every economic downturn brings in its wake a lot of new avenues has been one of my most important learnings during these past few months. Those opportunities, however, may or may not be immediately visible, which is where entrepreneurial daring and imagination help.

What also brought out the best in many companies and entrepreneurs was also the severe financial crisis they experienced that forced them to think differently and creatively.

As the lockdown unfolded itself, I thought it was going to be a very difficult time ahead for all of us and that it would be tougher doing business. But things have turned out differently. An example is that of the IT industry which has showed signs of a promising renewal.

People have been unable to step out freely and most things, if not all, continue to be done within the confines of home. The only solution is technology.

People have been unable to step out freely and most things, if not all, continue to be done within the confines of home. The only solution is technology. strongly feel the IT industry has stumbled upon a ‘boom’ which will usher in another technology revolution in the world.

Most experts say Corona is quite likely to be a fellow traveller for a long time to come. In fact, the pandemic has been a blow to the kind of life we were all used to living. Today, it’s almost surreal!

Even as the human race adapts to new ways of living, businesses, too, will need to follow suit. It is likely that many of the previously successful businesses may not have a market in the future! So, new areas and alternatives are likely to emerge in its wake.

A thorough rethink about our businesses, models, and strategies is in order. So, adapting business models and products to suit future demand can be the only way to create and co-create any meaningful business, product, or service.

So, there is a lot of scope for new ideas to solve the new set of problems that the world is faced with today. A whole new world will emerge out of this crisis, bringing along with it a new range of opportunities — which essentially translates into staying positive, looking at the vacuums that have taken shape around us, and exploring ideas to fill them.

A great change has been the shift to the ‘work from home’ (WFH) culture. Even large caps like TCS are planning a complete WFH regime for the majority of their employees. Needless to say, it helps a lot in cutting down on the currently significant operational costs.

However, for WFH to be effective, we need to have efficient work monitoring systems. Initially, everyone/everything works well owing to the novelty of the idea. I have observed that that diligent and effective monitoring of work is a must for WFH to be ultimately productive.

Importantly, team spirit is a key factor in keeping an organisation live and its people productive. So, it is critical to keep your team motivated and it is also at once necessary to have some fun in between to keep the team together. I have personally not made up my mind yet to move into a complete WFH mode as I feel an online-offline combination would work better.

With the restrictions on air travel, sales meetings worldwide have come to a standstill. But the positive thing about that is sales pitches have become completely online, saving costs, time, and effort of making travel to distant parts. That, in turn, is also a huge opportunity. What was not ‘deemed’ possible before without physical meetings, now happens over video calls! The world looks like a smaller place to me these days.

[The writer is CEO of PACE, an information technology company based in Thiruvananthapuram. Geethu, an early starter in the technology space, became CEO of PACE at 22 and hasn’t since looked back. She is also Chief Information Officer of Bebeta Consultancy, a consulting firm, the parent company set up recently. As CEO of PACE, Geethu drives the European, West Asian, and South-East Asian markets.]