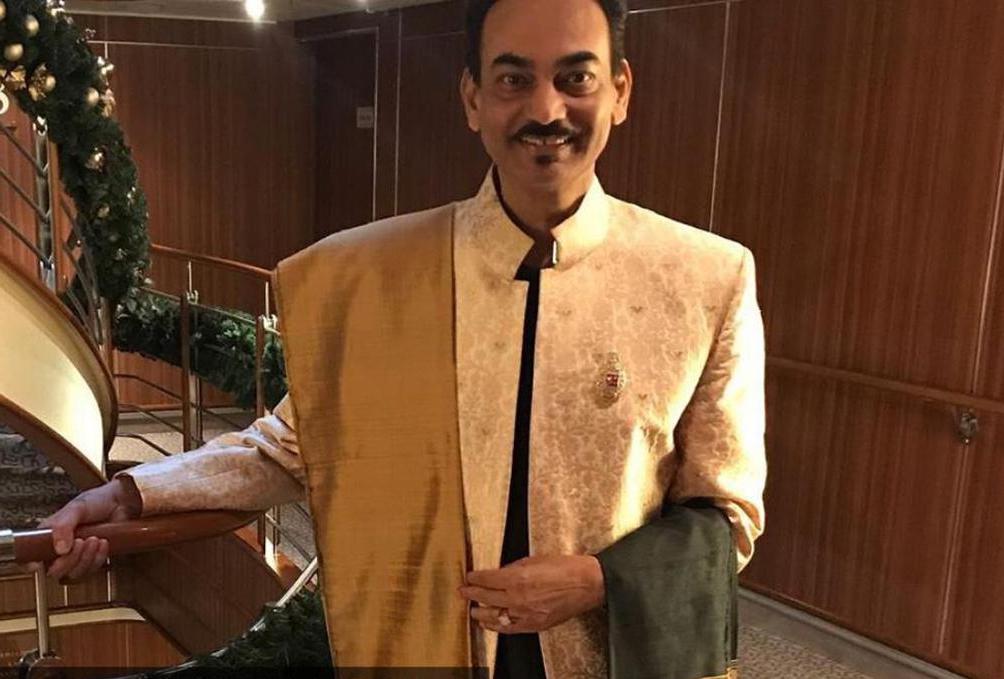 Well-known fashion designer Wendell Rodricks, who launched his fashion brand in 1989, and was best knownfor developing what was called the ‘resort wear’ and for championing eco-friendly fashion, died last evening at his Goa home at Colvale. Rodricks reportedly died of a heart attack.

A little over four years ago, in 2016, Rodricks had announced his retirement from his label, handing it over to his long-time associate Schulen Fernandes. At the time of his passing, Rodricks was busy setting up the Moda Goa Museum, dedicated to the history of Goan costumes and Goan fashion artefacts.

Rodricks played many roles and with aplomb. In addition to building a vast design repertoire, Rodricks also wrote with great distinction. In 2012, he wrote about Goan fashion in his Moda Goa: History And Style, following it up with his autobiography The Green Room in the same year. In 2017, he published Poskem: Goans In The Shadows.

Rodricks was also well-known for his association and solidarity with social causes, including gay rights, and was honoured with the Padma Shri in 2014 for a collection called ‘Visionnaire’ that showcased outfits with Braille script, detailing colours, motifs, and material. In 2015, he was conferred the Chevalier de l’Ordre des Arts et Lettres by the French Government.

“If Indian fashion had different schools of thought and design, there was clearly a Wendell Rodricks school of thought. For me he will always be the designer who ushered in less is more, the deconstructed silhouettes, the natural fabrics… (he told me once) that he made a garment out of pineapple fibre and coconut fibre,” says Priya Tanna, Editor-in-Chief, Vogue India, in a conversation with Mint.

Rodricks was also a brand ambassador for bath and light fittings manufacturer Jaquar in 2012-13.

Rodricks helped plan the first-ever Lakme India Fashion Week (LFW) in Mumbai 2000 at Land’s End, Taj Palace, an event this writer had attended with little knowledge about fashion and its genius. The 20th edition of LFW is currently on in Mumbai.

“Wendell Rodricks imagined design as well as he could create it. He could feel textures and textiles as intimately as he could style and stitch them. He was an author and writer of insight, a documenter of art, textiles and aesthetic. His promptness in creating content was enviable. He stood for gay rights long before we struggled for the right vocabulary. What I valued most was his outspokenness. Indian fashion will miss Wendell’s stark spark,” Shefalee Vasudev, Editor, Voice of Fashion, told Mint.

For the last few years on, Rodricks was working on his dream project — the Moda Goa Museum in the quaint little village of Colvale in Goa. The museum, described as the first costume museum of the country, was set to open to the public later this year in May. Housed within Casa Dona Maria, a 400-year-old heritage structure, the museum was to have 15 galleries with a collection of over 800 artefacts, from the 7th century AD to the 21st century. The artefacts were to include antique objects, statues, furniture, old photographs, costumes, and accessories.

The idea of such a space found instant resonance with Rodricks during a conversation with the late cartoonist Mario Miranda, another Goan icon, who urged him to explore the history of the traditional ‘pano bhaju’ costume (a nine-yard sari paired with a heavily-embroidered, jacket-like blouse). Ever since, Rodricks was on a mission — researching the exceptionally rich costume history of Goa, collecting materials and textiles, clothes, and antique accessories.

“Ahead of his time, I just feel sad,” said Sabyasachi Mukherjee, another well-known fashion designer. In a conversation with BloombergQuint, Mukherjee said: “Growing up, he was an icon that I used to look up to. He was always ahead of his time with minimal and organic aesthetic. He brought his own individuality to Indian fashion and stayed true to it.”

Nikhil Mehra, founder of Shantanu & Nikhil, told BloombergQuint: “It’s a great loss for Indian fashion industry, a great loss for design and creativity. He was always a front-runner, and was the first to showcase his beliefs with such clarity, and he empowered women through his clothes.”

Rodricks was once asked about his idea of beauty: “For me beauty is the person outside and within,” he had answered pithily. It wasn’t obviously merely cosmetic or skin-deep.

Referring to the idea of diversity in fashion, Rodricks had said: “For 6000 years we have embraced diversity… The diversity that each state of India represents is the very basis of the fabric of our nationhood.”

Wendell Rodricks is survived by his partner Jerome Marrel.