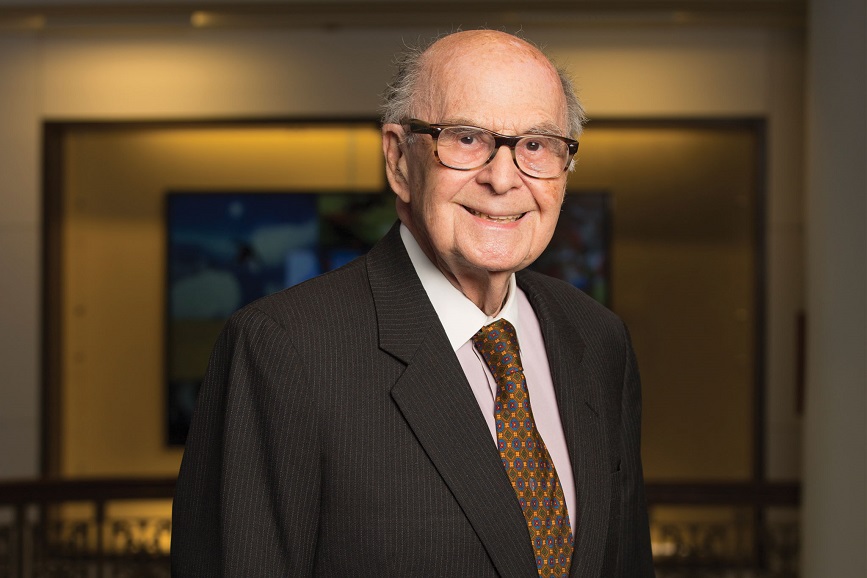 Harold Burson, founder of Burson-Marsteller and the man voted the most influential PR person of the 20th century, died late last week. He was 98.

“Our family is saddened by the loss of our beloved father. We grieve and mourn his passing. And yet our spirits are lifted by the belief that he is now ‘gathered’ with his loving wife and faithful companion of 63 years, Bette Ann. We pray they will now rest together for all of eternity,” Burson’s family said in a statement.

WPP CEO Mark Read said via email that “our industry has always drawn its strength from the great people within it, and Harold was one of the greatest.”

“He was ahead of his time in so many ways; in our business, if you think you’ve come up with a new idea, there’s a good chance Harold put it into practice 50 years ago,” Read said. “He saw the potential for public relations to be a global enterprise, and he did more than anyone to professionalise the discipline.” Read added that Burson “was among the first people I called after becoming CEO of WPP, and he was a generous source of encouragement and support.” “It was a privilege to know him, and his family and friends have our deepest condolences,” he said.

Burson’s career stretched back to World War II, when he reported on the Nuremberg war crimes trials that followed the conflict. He founded Burson-Marsteller in 1953 via a partnership with ad executive Bill Marsteller, then built the firm into an industry powerhouse with $4.4 million in revenue by 1969 and then $64 million, with 2,500 employees in 50 offices, a decade and a half later.

Even into his ninth decade, Burson was known to keep a schedule packed with meetings from the morning into the evening. He was a member of the inaugural class of PRWeek’s Hall of Fame, installed in 2013.

Boston University’s College of Communications established its first academic chair in the field of PR, named for Burson, in late 2003. Burson also blogged about the industry and communications and business issues late into his career.

Burson brushed shoulders with powerful figures around the globe during his career. He enjoyed good relationships with U.S. presidents including Ronald Reagan — with whom he used to have monthly lunches – Jimmy Carter and Bill Clinton, as well as the late former U.K. Prime Minister Margaret Thatcher.

Mark Burson said that donations can be made in his father’s memory to the Harold Burson Legacy Scholarship Fund at the School of Journalism and New Media at the University of Mississippi.

Founded by Conceptual Pictures Worldwide Pvt Ltd, Creative Brands is a magazine that seeks to engage deeply with the advertising, media, and creative communication industries. Headquartered in New Delhi, Creative Brands will report from across South Asia, the Asia Pacific, and the Middle East.
Contact us: contact@creativebrandsmag.com