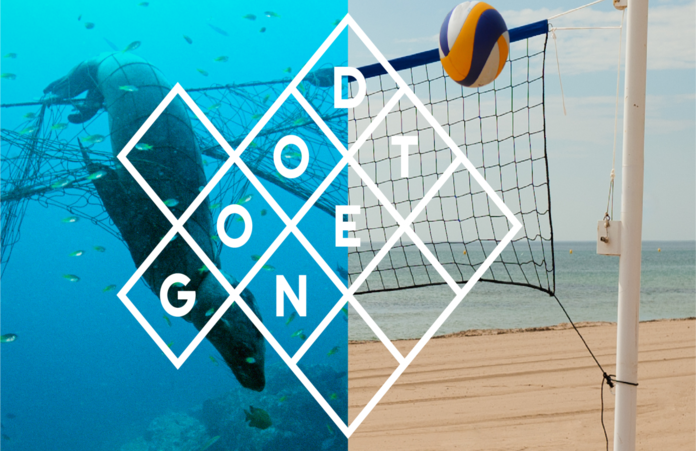 To raise global awareness regarding marine pollution, and also contributing  to the solution, Landor & Fitch approached The International Volleyball Federation (FIVB) to create The Good Net Project. Every year, 640,000 tons of fishing nets are discarded or lost in the oceans. These ghost nets drift for years killing millions of sea species, including whales, dolphins and turtles. The Good Net Project is an award-winning sustainability programme which removes these ghost nets from our oceans and upcycles them into volleyball nets, to be placed on beaches for community use around the world.

To make the issue truly visible, Landor & Fitch collaborated with local fishermen to embroider the recovered ghost nets with images of endangered animals before placing them on beaches. With The Good Net Project, Landor & Fitch have turned a negative situation into a positive, and is encouraging the next generation, not only to play volleyball but to think about and protect their environment while doing so.

The media coverage and awareness created was unprecedented, and The Good Net initiative was even selected by the UN for their Clean Sea campaign only a few months after the launch. By creating an initiative as unique as the FIVB brand itself, Landor & Fitch helped the Federation to truly act for good – in an ownable and distinct way