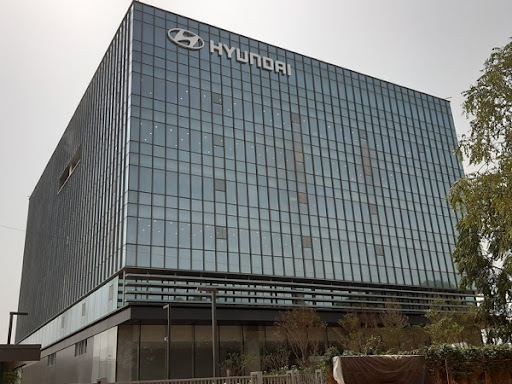 Hyundai Motor India Ltd. (HMIL), which inaugurated its new mega corporate office in Haryana’s Gurugram on Tuesday, has pitched for import duty cut on electric vehicles (EVs). With a Rs 2,000 crore investment layout in tow, Hyundai has set up its corporate headquarters in the millennium city which is also archrival Maruti Suzuki’s turf. The company also displayed its Loniq 5 EV but stopped short of confirming plans to launch the vehicle in India yet.

The South Korean auto major said any duty rate cut by the Centre on imported EVs would be very beneficial as it would help car manufacturers generate much-needed volumes and reach some viable scale. Hyundai also supported the demand made by the American electric car major Tesla which has sought lowering of duties on imported EVs. The company further noted that the government’s support in terms of taxation and creation of nation-wide charging infrastructure were the two most crucial factors to expand EV segment in India. Till the time companies are able to localise EV components and other infrastructure, EV imports could help generate some market in the country, he added.

At the inauguration event attended by Haryana Chief Minister Manohar Lal Khattar, Hyundai Motor India MD and CEO SS Kim told reporters, “We have heard that Tesla is seeking some duty cut on imports of CBUs. So that would be very helpful for the OEMs to reach some economy of scale in this very price competitive segment.”

“It will take OEMs time to localise EVs by 100 per cent. We are developing made in India affordable mass market EV but at the same time if the government allows some reduction in the duty on imported CBUs that would be very helpful for all of us to create some market demand and reach some scale,” Kim further added. studio TopWorks, which offers creative services. Brands will also have access to public relations, search engine optimization and social media services to ensure brands of all shapes and sizes have the right online presence in China’s massive mobile market.

At present, cars imported as completely built units (CBUs) attract customs duty ranging from 60 per cent to 100 per cent, depending on engine size and cost, insurance and freight (CIF) value less or above $40,000.

Last week Tesla Chief Executive Officer Elon Musk had said that the company may set up a manufacturing unit in India if it first succeeds with imported vehicles in the country. He, however, said at present import duties in India are “the highest in the world” and is hoping for “at least a temporary tariff relief for electric vehicles”.

Talking about the development, Kim further added, “If we have some meaningful support, even for the private customer, that would be very helpful. Also, the tax reduction will be great for the customer. If the demand is there and market is starting to grow, I think that in two years we can reach the meaningful point in terms of scale and from that point we can manage. Until we reach that point, we need support from the government and that would be very critical for the segment. Either we can find some local partner here or we can bring some global partner here. When we entered India 25 years ago, we brought 50 tier 1 vendors with us. Now they are operating on a global basis from here. We want to set up this kind of ecosystem here. So, we are studying various options.”

On developing charging infrastructure in the country, he noted, “Not only reduction in duties but more investment on charging infrastructure from the government would be critical for the future of EV market in the country. The customer is most concerned about the range and charging options. In this regard we need some very strong support from the government.”

On introducing EV model Ioniq in the country, Kim said, “Ioniq is a great looking and performance vehicle. We are studying the feasibility of the model. If the market and the customer want that vehicle, we can try to bring it.”

On new corporate headquarters, Kim said the company has invested over Rs 1,000 crore on the project till date. “This new building stands as a symbol of the company’s journey of togetherness with the people of India.”

When asked if the company would also consider Haryana to set up its next factory in the country, Kim said, “In the coming two years we have no issues in meeting the demand (from Chennai plant) so after that if we need some more capacity, we will work out some strategy at that time. Any place could be good candidate, but it would be based on things like procurement, supplier chain and availability of labour force etc.”