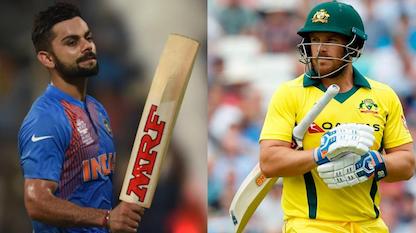 Cricket fans will be able to access and view match highlights, in-play moments, and more from the game on Facebook for the duration of the series. Facebook announced the digital content partnership with Sony Pictures Networks India (SPNI) for the ongoing Indian national cricket team’s tour of Australia.

The content will include key match highlights, dramatic in-play moments with the top catches, best wickets taken, and Man of the Match, among others, and will feature on Sony Sports India’s Facebook page, enabling fans to catch up on action they would have missed and share those with their friends.

Manish Chopra, Director and Head of Partnerships, Facebook India, said, “At Facebook, we are committed to deepening and enhancing engagement with cricket fans across the globe by bringing best in class, premium action to them in ways that ignite conversations, build connections, and enhance affinity towards the sport. We are delighted to work with Sony Pictures Networks India (SPNI) to bring some of the most exciting moments from one of India’s most awaited overseas tours to cricket fans on Facebook Watch.”

The head of Growth and Monetization, Digital Business, Sony Pictures Networks India, Manish Aggarwal, said, “We are excited to partner with Facebook as the exclusive social media platform for the India tour of Australia. This association will enable us to offer interesting match content to a host of cricket enthusiasts and drive further engagement for the much-hyped tournament, across the Indian subcontinent. This collaboration will surely get the fans closer to the game.”

Facebook Watch has been designed to let people connect with each other more deeply by watching and sharing videos they like, particularly in emotive and high-viewer engagement genres such as sport.