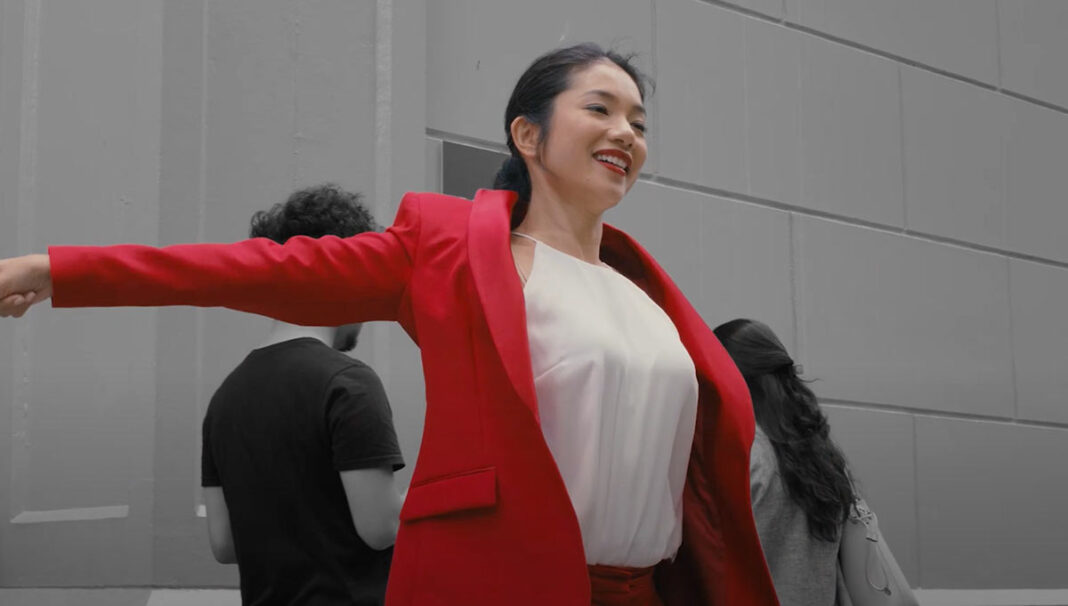 CIMB has launched a new campaign via BBDO Singapore titled “Break free, bank differently” pitching the brand as “more than just a trusted bank.” The series of spots features the main character looking quite exuberant about her freedom break –overcome by the urge to dance while bringing color to the black & white world of bland banking.

BBDO teamed up with production house, BDA to create the brand films designed to resonate with both prospective and existing customers.

The concept of the first brand film shows what happens when you break free from the rut of inefficient banking habits. It centers around the jovial CIMB protagonist – dressed in the signature red hues of CIMB.

While the first brand film exudes a light-hearted and vivacious quality, BBDO sought for the second film to offer a change of pace for a different target demographic – the customers of CIMB’s priority banking service, CIMB Preferred.

“The team did a fantastic job to encapsulate the essence of ‘Break free, bank differently’ while embracing a more sophisticated and refined demeanor,” said GuanHin Tay, Chief Creative Officer of BBDO Singapore, on the second film.

“BBDO had to balance the execution by creating informative yet intriguing content to cover an extensive scope of key points while giving CIMB a strong brand personality that stands out from the clutter. Throughout the content, the central protagonist – a character who exists in the same ‘CIMB world’ – lives a premium lifestyle while breaking the fourth wall, literally walking across frame borders to travel from one destination to another.”

“Focusing on customer-centricity and placing customers first – at the heart of everything we do – we aim to build a high performing sustainable organization that will help advance both customers and society.”