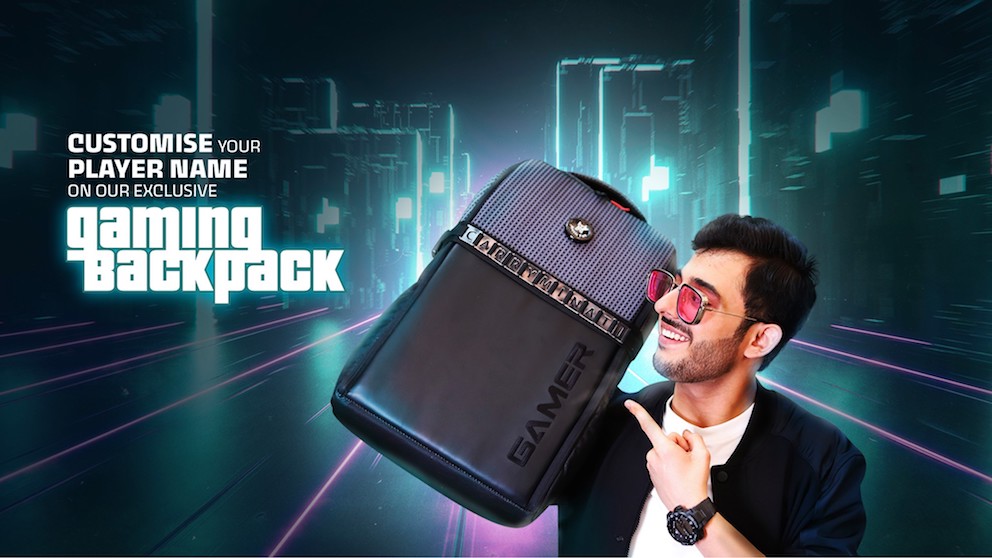 The Gen-Z influencer will be endorsing Arctic Fox’s ‘The Gamer Backpack’, the world’s first personalised gaming backpack. The 21 year old Delhi-based streamer, gamer, and rapper, with over 21.7 million subscribers for his YouTube channel, 7.5 million followers on Instagram, and 1.7 million followers on Twitter, has carved for himself a niche in the online gaming community. For Arctic Fox, CarryMinati’s endorsement breaks transnational barriers.

In the ad campaign, conceptualised by creative agency Humour Me, the brand takes a skilful wisecrack at conventional advertising and marketing in a hilarious roast-style video. With a millennial-centric approach, underscored by a catchy tagline ‘Dive In’, the brand also sportingly takes a dig on itself while emphasising the importance of treating challenges as opportunities.

CarryMinati, a trailblazer of sorts in the live gaming world and the ‘roasting’ genre, he complements the brand’s core essence.  Srikanth Thirunakara, Founder and CEO, Arctic Fox, said, “Arctic Fox is a brand that has always stood for creativity and innovation. We, as a brand, have always believed in looking at the world differently, paired with a spirit of relentless optimism and perseverance we think we can change the world for good.”

Referring to the launch of ‘The Gamer Backpack’, he added, “We’re very excited to launch our new personalised gaming backpack and to bring CarryMinati on board as our new brand ambassador. We believe that his story and personality complement the brand’s universe and we’re excited to work with him on many more projects.”

Talking about his new endorsement duty, CarryMinati said, “I’m super grateful to be a part of the Arctic Fox family. Their trailblazing products are sheer standouts and are synonymous with my personal style. I’m looking forward to creating some magic with the team!”

About the avant-garde campaign, Dhruv Sachdeva, Founder and Chief Creative, Humour Me, said, “The day and age of doing a conventional brand ambassador launch campaign are long gone. Ajey as a creator is known for being brutally authentic. When working with a celebrity or top creator one has do justice to both the creator’s brand as well as the brand they are endorsing. We were clear from the get-go that whatever we chose to do, had to be authentic to both brand Arctic Fox and Carry. This was an extremely bold and ambitious idea and it needed an equally audacious brand to be in on the joke to bring about a larger message.”

It was in 2010 when CarryMinati uploaded his first YouTube video — he was only 10. He began his YouTube journey by posting videos on football tricks and tutorials before he began doing mimicry videos. By 12th grade he adopted it as a full-time profession and skipped his board exams. He completed his schooling in distance mode.

CarryMinati’s popularity rode on his brilliant “roast and rant” videos in Hindi, all delivered in his style. From taking potshots at Bollywood award shows to popular TV reality show Bigg Boss to roasting celebrities, for CarryMinati there was little that was sacred. He shot to top rankings when his ‘diss’ track “Bye PewDiePie” against Swedish YouTuber Felix Kjellberg aka PewDiePie went viral.

In 2019, Time magazine named Nagar among its ‘Next Generation Leaders’, a list that had only 10 young people from around the world carving new paths for themselves. In its profile of the rising YouTube sensation, Time wrote, “India is home to a massive YouTube craze. With about 265 million monthly users, India overtook the US in 2018 to become the country with the biggest YouTube audience in the world. And with his energetic presentation style and Hindi lyrics, Nagar is now one of the most followed YouTubers in India.”