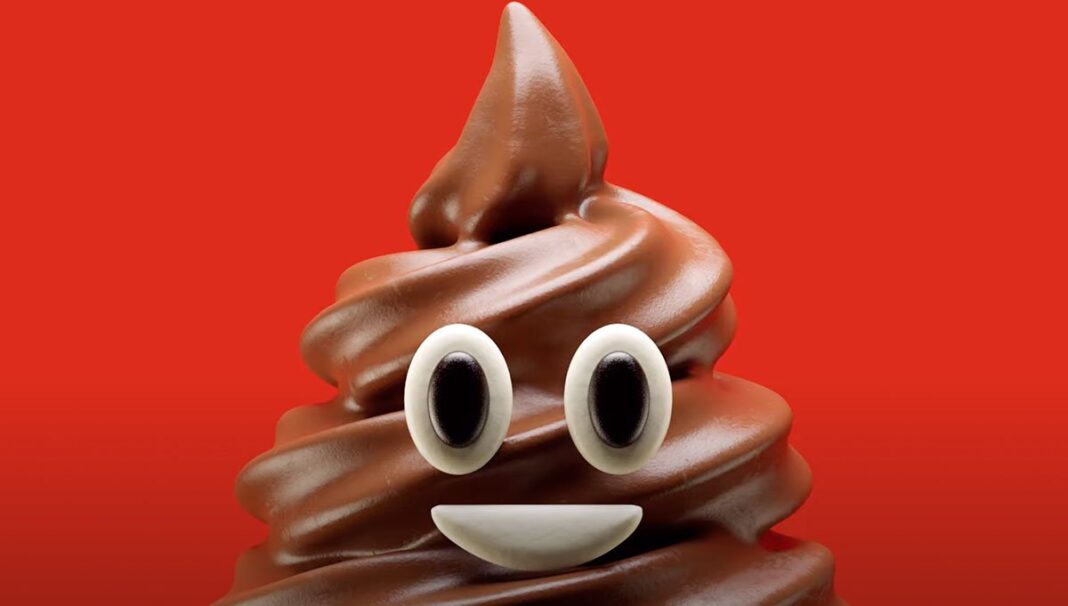 Following the critical success of the “Moldy Whopper”, Burger King is again associating food with things we rather not associate with it. This time, it’s poop. The “Poop Emoji Ice Cream” is basically a chocolate ice cream with eyes, designed to look like the poop emoji, says the brand, as a way of emphasizing that it is no longer made with things such as artificial colors and preservatives. Or, as Burger King puts it, “Our ice creams used to have this shit.” Now, they don’t.

“It’s better to look like a poop on the outside than to be stuffed with lots of bad ingredients on the inside,” Rogério Chaves, creative director at David São Paulo, the agency behind the campaign, and the same agency that teamed up  with Burger King in 2020 for the “Moldy Whopper.”