BTS collaborates With Samsung to promote the Galaxy Z Flip4 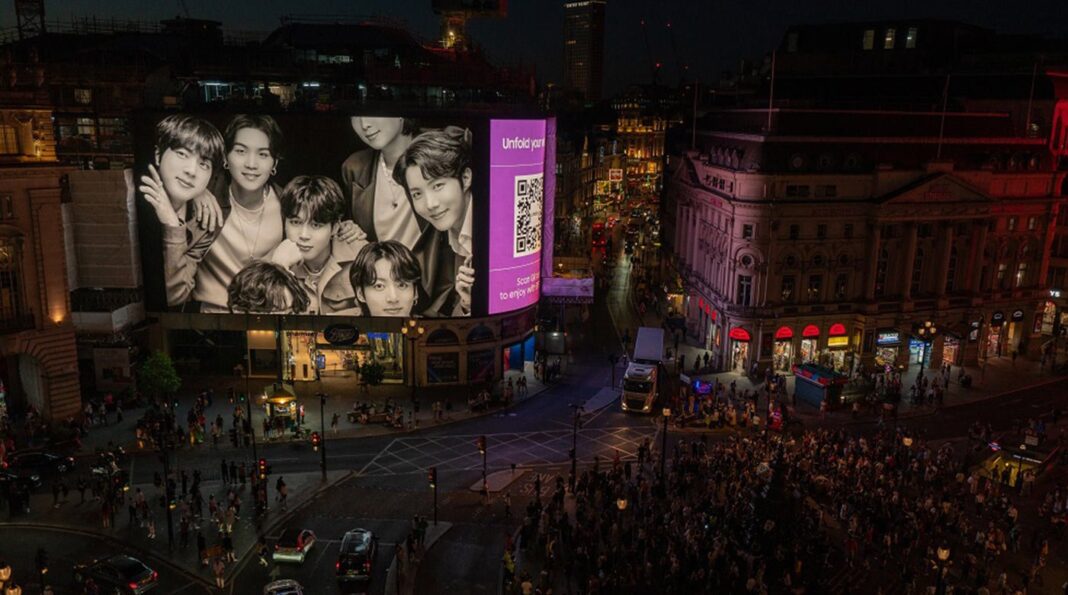 Samsung has partnered with BTS to promote its new foldable devices unveiled at its biannual Galaxy Unpacked event on August 10, where the South Korean brand revealed its latest initatives. As part of its global activation, Samsung launched an hour-long takeover of the world’s iconic screens in popular districts including 15 digital billboards across New York’s Times Square, one at Piccadilly Circus, and 46 bus shelter screens across Oxford Street in London.

Developed and created by Cheil Worldwide, the video featuring BTS “Yet to Come” allows fans to experience a first-person view as people “will discover new ways to do more of the things they love with the new foldable,” said Cheil.

In the four-minute film, viewers hear the BTS’ song “Yet to Come” with Galaxy Z Flip4, while members of BTS suddenly appear and lead you out of the room.

The out-of-home takeover continued at Coex K-Pop Square in Seoul and Tokyo’s main streets on August 13th. For those who were not in the area, the takeover can be seen on Samsung’s social channels.